Nearly 30 years after releasing our world-famous Swiss Railways SBB Watch, Mondaine launched has our Helvetica watch family No.1, a collection of watches whose Inspiration goes back to 1957. The collection is inspired by Helvetica, perhaps the most popular and widespread font ever created.

Originally known as Haas Grotesk, Helvetica was created at the Haas Type Foundry near Basel in 1957 by Swiss graphic artist Max Miedinger and Haas business manager Eduard Hoffmann. Their goal was to design a typeface that was “well-conceived, discreet enough and tempered, matter of fact, soft and flowing with harmonious and logically structured forms,” according to a Haas flyer.

Helvetica is the Latin word for "Swiss." As such, it expresses many of the Alpine Republic's values and qualities: minimalism, efficiency and timelessness. These values align perfectly with the Mondaine brand. Because Helvetica does not draw attention to itself, it is the perfect vehicle for conveying information, be that the name of a subway station in New York or the name and values of a brand. No wonder typographers worldwide immediately fell in love with the font.

Designer Martin Drechsel, who created the popular Mondaine stop2go design, was charged with transferring the essence of Helvetica to a watch. The result is a masterpiece of stringent designs, with just a few touches to surprise the eye. The date aperture, for instance, was moved off its traditionally central axis position to fit in with the typography on the dial. Acknowledging both the font and that this is the first in this new family, the Helvetica numeral “1,” with its famous curved crossbar, was cleverly used as a model for the lugs.

SHOP THE HELVETICA NO.1 COLLECTION 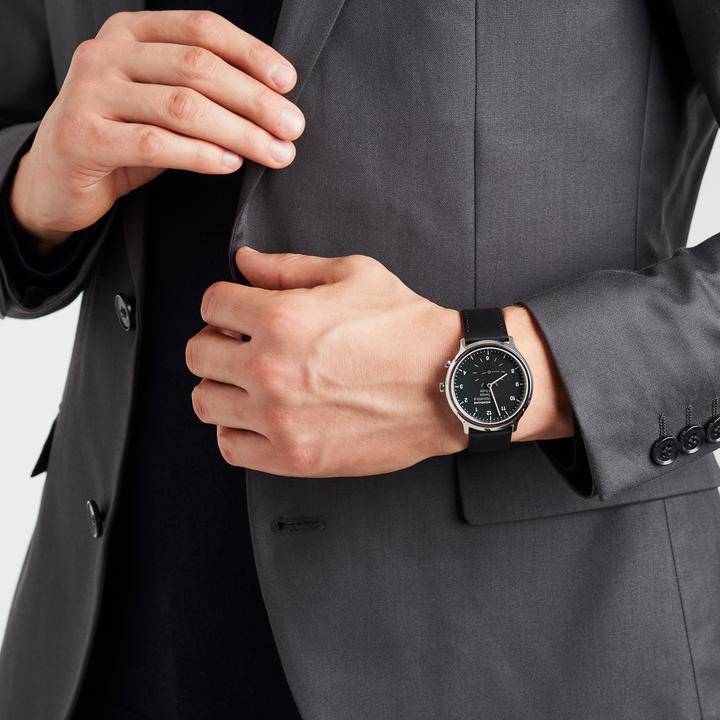 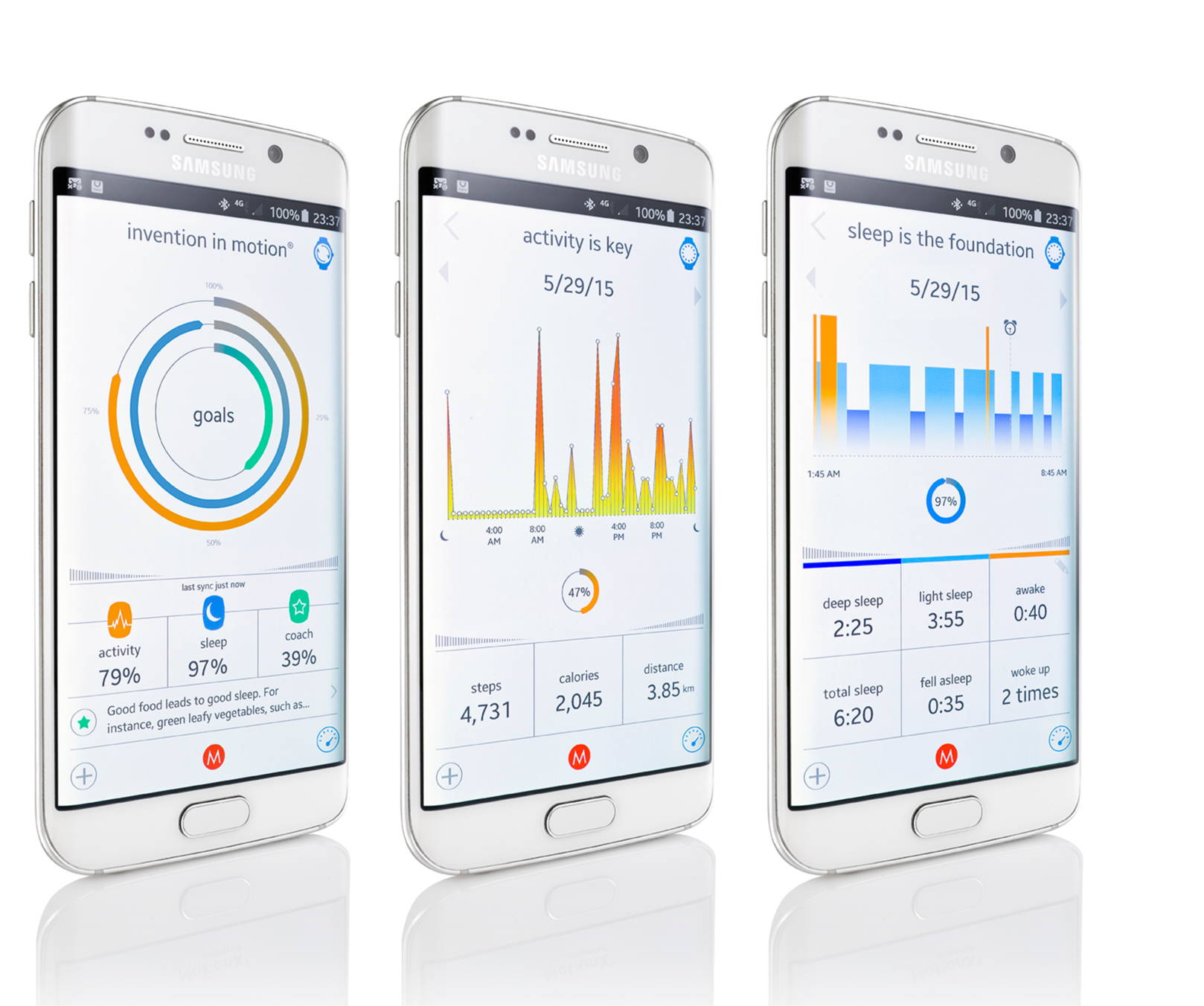 In 2018 Mondaine unveiled the Helvetica Regular Smartwatch. With a two-year battery life and a ton of extra smarts, the design has come a long way since the original Helvetica 1 Smartwatch was launched back in 2015.

Mondaine Helvetica Smartwatch works in conjunction with a smart device such as a smartphone or a tablet. Your watch and your smart device communicate via Bluetooth, sending measured data such as steps and sleep patterns to the smart device.

THE FUNCTIONALITY OF A SMARTWATCH,
BUT WITH A CLASSIC LOOK 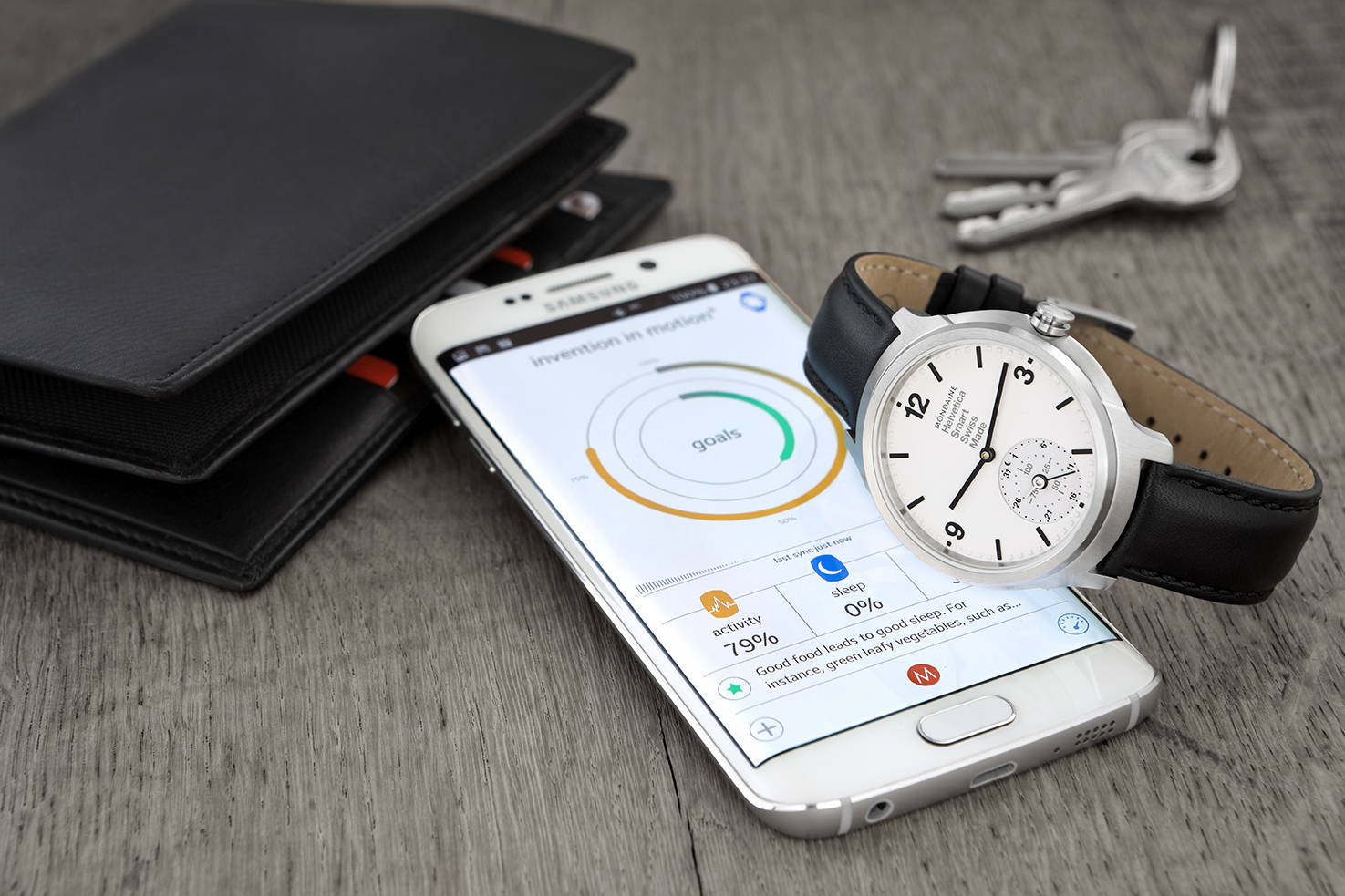